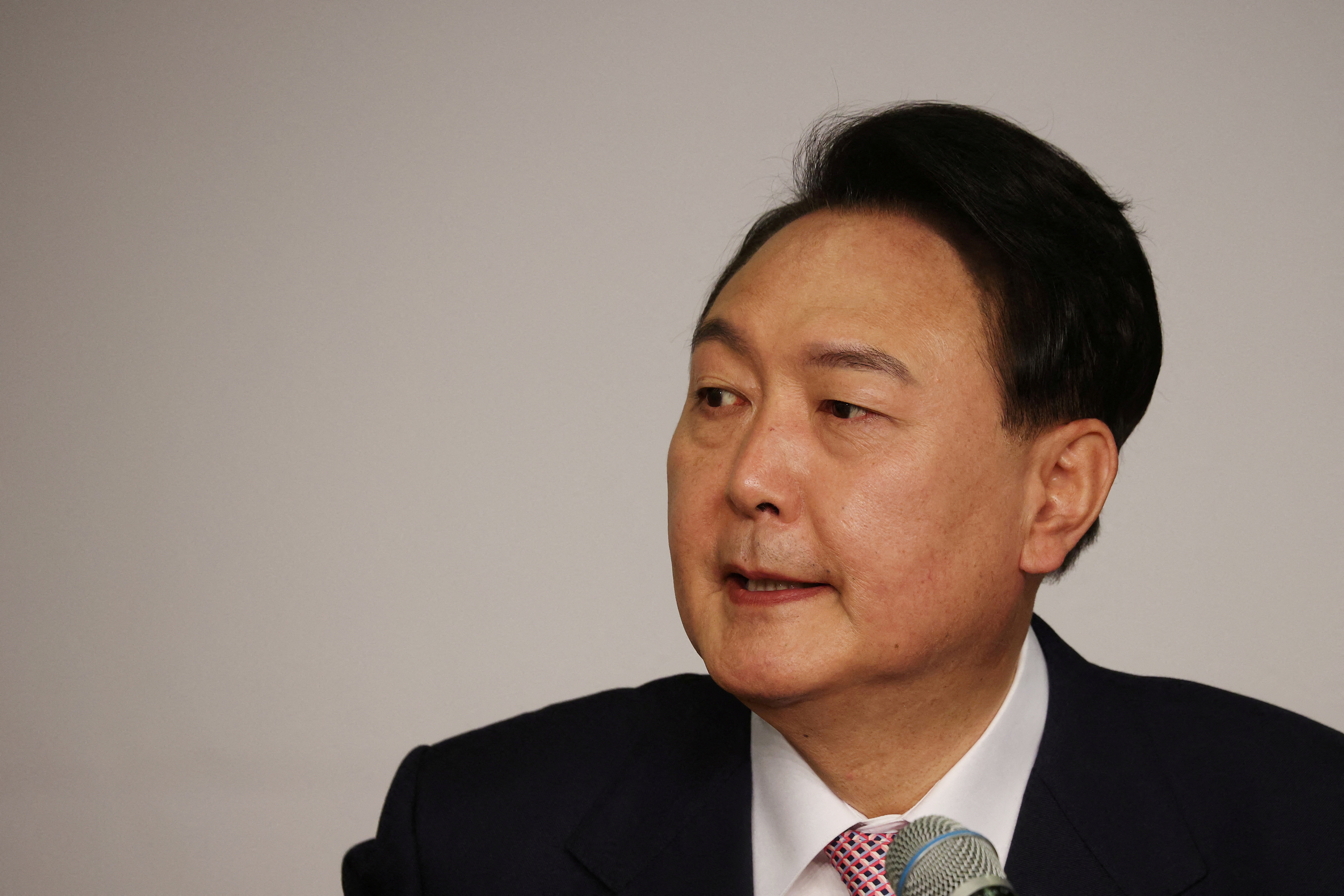 SEOUL, March 18 (Reuters) - South Korea's President-elect Yoon Suk-yeol's plan to break with decades of tradition to move his future office and residence beyond Seoul's Blue House compound has whipped up a fierce debate involving experts in the ancient practice of feng shui.

Yoon, who won a tight March 9 election, has pledged to relocate his office to a more accessible location, and open the Blue House to the public.

His transition committee conducted on-site surveys on Friday after drawing up a shortlist of two possible locations: a foreign ministry building in the downtown district of Gwanghwamun and the defence ministry complex in nearby Yongsan.

After initially favouring Gwanghwamun, he was leaning towards the military compound chiefly because of security concerns, campaign officials said. With less than two months before Yoon's swearing-in, a formal announcement is expected as early as this weekend.

Yoon's team said the move would improve public access, communications with aides, and that the Blue House executive mansion had become a "royal palace," isolated and enclosed by forests and tight security.

"We are looking to move out of the Blue House, which had been a symbol of absolute power in our history, and return that power to the people," Yoon's spokeswoman Kim Eun-hye told a briefing on Friday.

Only a limited part of the Blue House is open to the public, and any vehicle passing the area is subject to security checks. Last remodelled in the 1970s, the main presidential office inside the compound is far from where secretaries work, which some officials have said hampers interaction.

Outgoing President Moon Jae-in had also said he would find a new office, but abandoned the plan for security and logistical reasons.

Some Democratic Party officials have said other considerations could be in play, and have accused Yoon of being influenced by masters of feng shui, a form of geomancy that originated in China. They have said the Blue House was inauspicious.

The Democrats alleged in the run-up to the election that a shaman was closely involved in Yoon's campaign. He denied any influence, saying only that he knew the man as a Buddhist priest.

Jee Jong-hag, head of a major feng shui society, said the Blue House is badly located, which could explain why dozens of ancient kings worked and lived elsewhere. More recently, four out of the six presidents in the country's 25-year democratic history have been imprisoned or committed suicide after leaving office.

"I do see the link between the site and the ill-fated presidents," Jee told Reuters. "But Yongsan is a blessed spot, open and surrounded by gentle mountains. It's an incomparably humble yet auspicious piece of land compared to the Blue House location."

Some Democrats called the planned move a waste of resources that could cost up to 1 trillion won ($822.7 million).

Yoon's spokeswoman dismissed that projection as "gone too far," and said his team would make a decision based on public consensus but not waste taxpayers' money.

The Yonhap news agency reported that the interior ministry estimated the cost of moving into the defence ministry at around 50 billion won ($41.14 million).

Kim Hee-young, 21, said she welcomed Yoon's intention to boost public access, unless the relocation was driven by shamanist belief.

"I hope he would come up with policy solutions by communicating with the people, but he also needs to console and embrace others who could suffer damage from his decision," she said.